Let me tell you about Virginia Ann Henry Shelton: 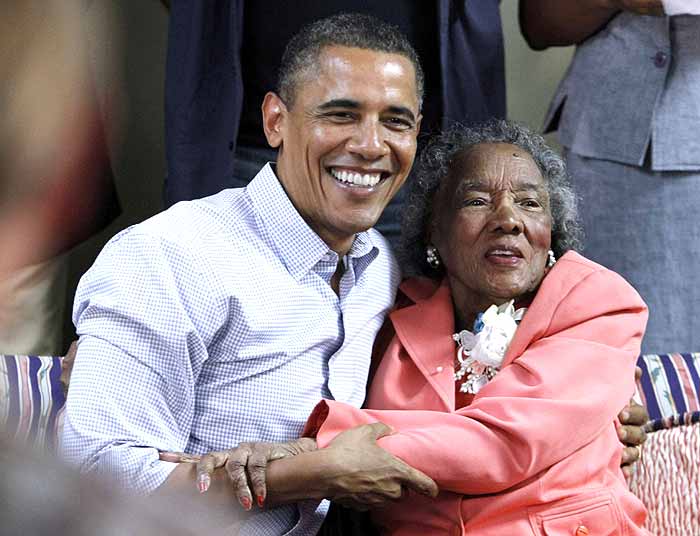 That’s her, with Barrack Obama, in 2010. She was born in 1905 at Hickory Hill plantation in Hanover County, Virginia. Her parents were sharecroppers, and her grandparents were slaves. When she was born, black women were not even allowed to vote. She lived to meet the first African American President of the United States. Her life is a uniquely American story, and I hope to be able to write it one day.

The woman who would live to meet the president was my great-grandmother, and she was born here:

Well… that’s not quite true. She worked the grounds of the plantation, spending much of her childhood picking fruit in the orchard (there were two orchards, one for the Wickham family and the other for colored people). So while she “lived” at Hickory Hill, she was actually born in something more resembling this:

When I learned that Hickory Hill had been put up for sale, I was conflicted. I didn’t think it was possible to both hate and love a piece of property with such equal passion.

And my emotions weren’t a simple as love/hate. I think I was also curious, and just a little afraid of the plantation. But even deeper than that, a part of me wanted to buy the home that my ancestors built for free. It seemed to me like a fitting end to the story.

So that’s where I am today. I created a gofundme in hopes to buy this home, and I am dedicating this blog to my journey. Thank you so much for reading, and please consider making a contribution.

And if thy brother, a Hebrew man, or a Hebrew woman, be sold unto thee, and serve thee six years; then in the seventh year thou shalt let him go free from thee. And when thou sendest him out free from thee, thou shalt not let him go away empty: thou shalt furnish him liberally out of thy flock, and out of thy floor, and out of thy winepress: of that wherewith the LORD thy God hath blessed thee thou shalt give unto him. And thou shalt remember that thou wast a bondman in the land of Egypt, and the LORD thy God redeemed thee: therefore I command thee this thing today.

By our unpaid labor and suffering, we have earned the right to the soil, many times over and over, and now we are determined to have it.